Mass spawning of corals occurs annually on reefs worldwide, usually between spring and autumn, in tune with seasonal cycles of water temperature and sunlight. This extraordinary natural event remained part of the secret lives of corals until the early 1980s when scientists began to spend time underwater after dark on the Great Barrier Reef and to their astonishment observed more that 100 coral species spawning. Subsequently careful observations after dark by researchers and enthusiast divers has resulted in coral spawning being documented throughout the tropics, including at Scott Reef, where spawning was first recorded in 1995.

The timing of spawning is usually fine tuned around the lunar cycle and researchers have become accustomed to predicting spawning times based on particular months of each year and certain days of the lunar cycle. In Australia, on the Great Barrier Reef, the main spawning season occurs after full moons between October and December, with November the peak month when the many corals spawn on mid-shelf and offshore reefs. Key nights have proven to be 4-6 nights after the full moon, around the time of neap tides. At Scott Reef a subset of species also spawn during October and November, but the major spawning season fall between February and April. Corals on the western side of Australia are mostly likely to spawn following the March full moon, but 8-10 nights later when, once again the tides are entering their neap phase.

The worldwide observations of coral spawning have stemmed from plenty of time watching out for spawning at night, but researchers have also used some clues to fast track the discovery when seeking to work out spawning times at a new location. Detailed studies of tissue samples collected form coral colonies each month throughout the year have revealed that the corals take several months to grow their gametes prior to each spawning event. Each month the average egg size increases until the final size typical for each species is reached. Commonly mature coral eggs are 350-600 um diameter, making them visible to the naked eye if you break a coral open. Throughout this development immature coral eggs are usually white, but in their final month of maturation they can become coloured, with pastel pinks, oranges and reds the typical hues, but white, blue and green sometimes seen. The size and pigmentation of mature eggs provides researchers with a rapid guide to which species are ready to spawn during any particular month. Divers can check a few corals by cutting a small fragment and looking inside for evidence of the coloured eggs that signifies they are waiting to be released. This sort of pre-spawn check can really help when first studying a new location, but the second aspect of coral biology that helps predicting key spawning months is the synchrony within and often between species. Each coral colony that spawns its gametes into the sea is likely to achieve successful fertilisation with gametes from the same species if they release their gametes at the same time. Consequently there is a very high degree of spawning synchrony between colonies of individual species, with gametes usually being shed into the water within minutes of each other. Furthermore, as the seasonal and monthly cues that regulate the timing of spawning are common to all corals on a reef, it is normal for more than one species to spawn during the key nights each year. Although each species may have a particular time after dark for spawning. As a result, once a spawning month has been determined for one species it provides the focal point for when other species could be spawning at the same location. If many species spawn they can also provide a further cue in the form of a strong smell coming off the water and the next morning the presence of pink slicks of coral eggs and embryos floating on the sea.

These discoveries of coral spawning around the world have nearly all involved shallow water reefs where corals are easily accessible, marine labs or aquariums may be nearby for the study of live specimens and divers can spend time in the sea at night to make direct observations.  However, nobody is sure what happens in deeper water coral communities, living below 30m where scientific divers rarely spend much time corals living in this deeper twilight zone, known as the mesophotic due to the modest to very low levels of light available, are poorly studied but increasing recognised as important  parts of reef ecosystems worldwide. They are very abundant in the deeper lagoon at South Scott Reef.  A few samples collected using a grab during past research have indicated that some species had pale but pigmented eggs at the same time of year as the shallow species were spawning, but nothing definitive could be determined.

This month divers aboard the AIMS research ship RV Solander have been looking at the shallow corals and providing information to the team on Falkor. While it looks like the main spawning may have occurred following the March full moon, around 20% of the shallow water corals look like they’ll spawn during Falkor’s visit. The Falkor has sophisticated positioning equipment and an ROV fitted with high definition cameras. The Falkor’s presence at Scott Reef during a potential shallow water coral spawning event provides a rare opportunity to study the mesophotic corals and hopefully catch the first ever observations of them spawning  on the nights of 12-13 April. 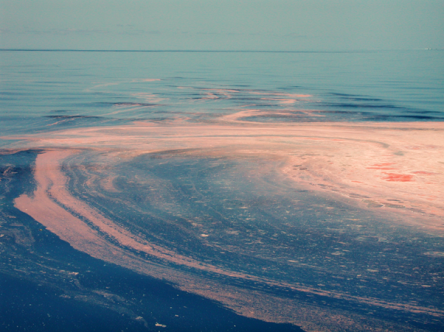